Divide and Conquer Method-  This is the very important method to solve problems in Algorithms. It is basically based on Recursion which we alredy learnt earlier.

What is DIVIDE AND CONQUER Strategy?

D&C algorithms works by recursively breaking down a problem into two or more sub problems of the same type.  The solutions to the sub problems are then combined to give a solution to the original problem.   Like in a game when we need to search, we start from one part and solved step by step .  This is the same strategy.

A divide-and-conquer algorithm for this problem would proceed as follows:  Let P = (n,a[i],….,a[j]) denote an arbitrary instance of the problem. Here n is the number of elements in the list a[i],….,a[j] and we are interested in finding the maximum and minimum of this list. Let small(P) be true when n ≤ 2. In this case, the maximum and minimum are a[i] if n = 1. If n = 2, the problem can be solved by making one comparison.

Some Real life based examples are as follows:

Applications of  Divide and Conquer method – 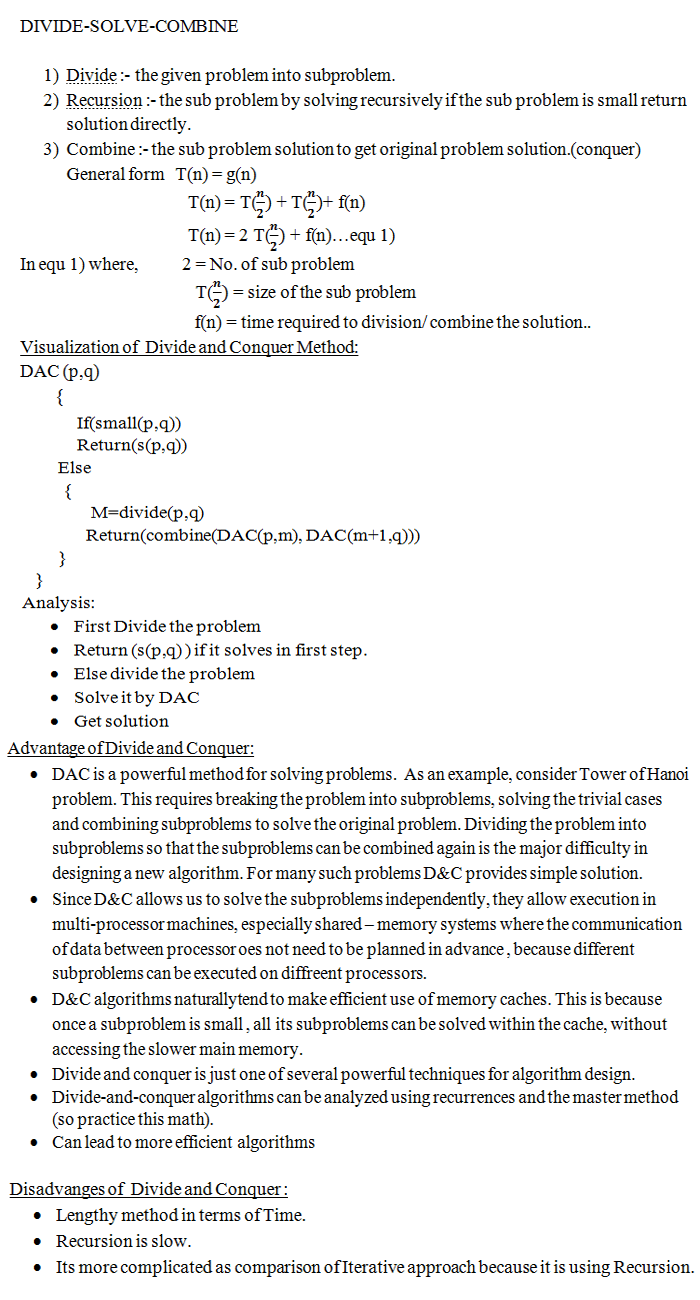 In the next chapter, we will start with Finding Maximum and Minimum in an array.

U have to learn the concept first, then move to how to solve the problems and designing of Algorithm.

In last find the Time Complexity and other aspects of Problems. Try for the concept and compare it with the Real life problems then You will

find urself in save mode in Algorithm.

Algorithm always help you to learn the basics and through this approach, you will be more reliable on others subjects because it will help

you to understand the all points and subjects.