This means finding average running time per operation over a worst case sequence of operations.

This analysis shows that average cost/time of an operation is small even though cost of sum of the operation is large.

Aggregate Analysis:- In this type of analysis, we have a sequence of ‘n’ operations and total worst case time taken by these operations is T(n).

But in worst case, the average cost or amortized cost, per operation is therefore T(n)/n. This amortized cost applies to each operation, even when there  are several type of operation in the sequence.

e.g.  Consider an example of stack operation which are  push and pop.The routines for them are:-
Push-
{

In case we have to pop ‘n’ element then amortized time is o(n). 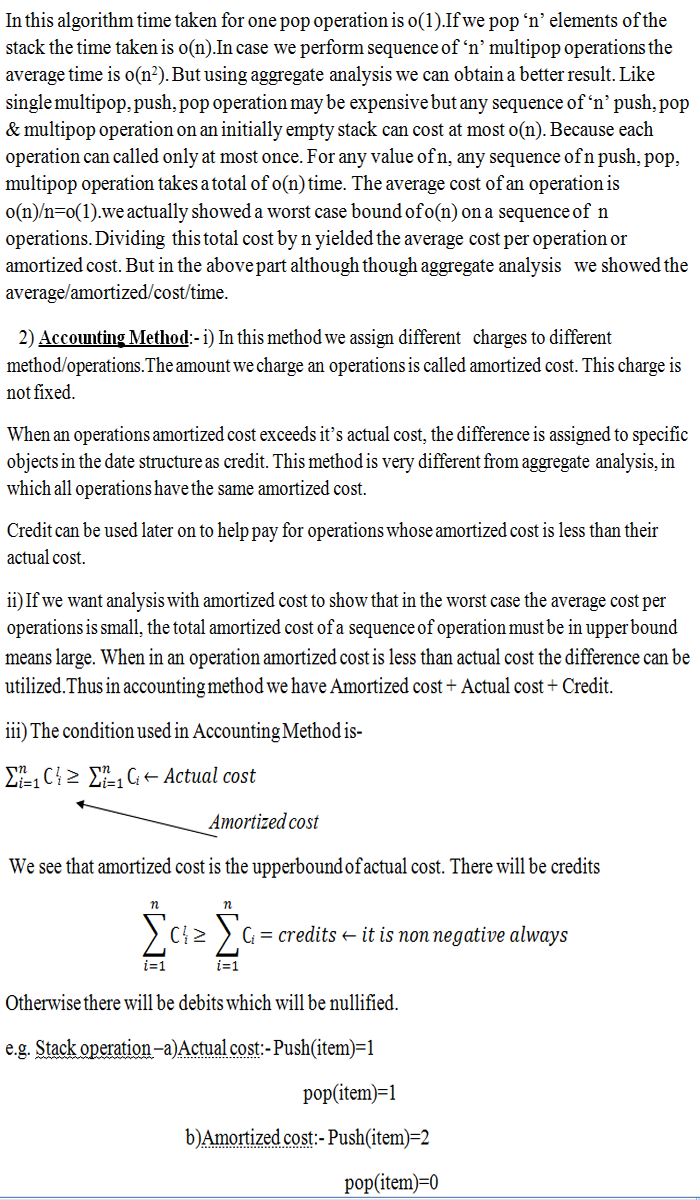 In actual cost we have two operations push and pop. Each time when we execute these operation we have to call it string data in STACK.

In amortized cost we assign Push = 2 when we push the item into empty stack it’s value become Push = 1. Then we no need to assign the value to pop because the data stored in stack is prepayment for the cost of popping function.When we execute pop operation,we charge nothing. Thus amortized cost is an upper bound on the Total actual cost. Hence the amortized cost is still O(1).