2 Learn Pass and Phases of Compiler

As we know that source language and target language are two major factors in the structure of a compiler and these two separate languages make the usefulness of separating front and back ends.
but there is third language involved in the compiler construction process i.e. the language in which the complier itself is written. In Unix environment compiler are usually written in C. Even C Compiler are written in C.
This technique where you use the facilities offered by a language to compile is called as Bootstrapping.
Compiler may run on one machine and produce object code for another machine such compiler is called a "Cross- Compiler".
A cross compiler is a compiler capable of creating executable code for a platform other than the one on which the compiler is running. For example, a compiler that runs on a Windows PC but generates code that runs on Android Smart phone is a cross compiler.
Compiler language A written in Language B--> Existing Compiler for B Language--> Running complier for A Language .
It is common to write a compiler in the same language that it is to compile
No compiler for the source language yet exists, the compiler itself cannot be compiled . There are important advantages to be gained from this approach.
Learn from example(see below image) 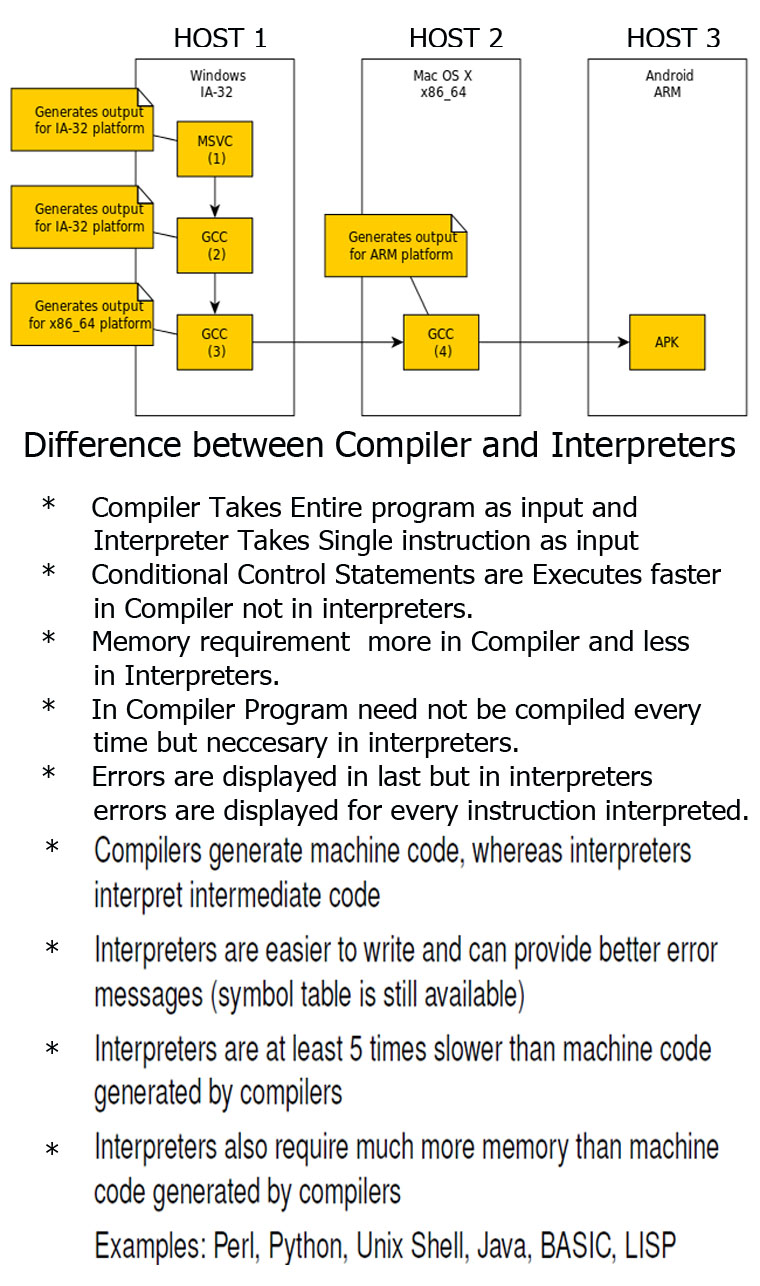 This is the end of introductory part of complier..Hopefully u liked it..
This is just the brief info about Compiler, how , why , what we r going to learn in this course.
Most important is to grab the concept, to learn the technology and every practical aspect of computer science because everything is connected to every other thing.
Today u are learning how one subject is connected to other but after sometime u will learn how one branch of engineering is connected to other one.
U know to grab the concept u need to work hard. First try yourself with these notes and take one standard book to complete the concept and for advance level. After that if you still find yourself in problems take help from others and can also ask me either by call or email.
In student zone you will find my contact info.
But once again i will suggest u to work , to learn yourself. You need to b determine yes v can do anything and nobody can stop us..
Ok till den have fun and visit my website..
In next chapter we will start Complier First Phase LEXICAL ANALYSIS.

Get solution for your websites